The Father of Hidden City Tickets

Shop the Hidden City looks today for Under $30!
Order Now!

On November 27th, 2019 The Reroutes released the world’s first songs promoting the benefits of hidden city tickets. Specifically, the ability to fly business class cheaper than coach and “they’ve (airlines) have been hiding the truth for so long.” If you haven’t seen the video, run a GOOGLE search for “hidden city flyer song reroute.” Can you name the location where the video for the hidden city ticketing song was filmed? You can check out the most recent nitty gritty on Hidden City (ticketing) Flyer the song and related info by visiting https://g.co/kgs/iaVhuL

A new song is already in the works with a video to be filmed on a plane! Actually, we plan on taking our hidden city ticket talents on tour to business & first class cabins worldwide. Hopefully, we’ll see you upfront paying less than coach.

Before the Internet, major airlines recruited a 19-year old to utilize hidden city ticketing and AD75 fares to quietly fill overvalued seats. At the time, 90 percent of all airline tickets were sold via travel agents earning a minimum of 10 percent commission. In the early 1990s, travel was sold by humans rather than machines. Within months, that 19-year old went from not knowing a thing about airline tickets to being knee deep in helping “owners” fly first class paying less than coach thanks to the AD75, “hidden city” tickets, and “point beyond” tickets. The 19-year old is regarded as an inventor and partial creator of this strategy.

In the 1980s and early 1990s, before hidden city ticketing and point beyond fares gained traction, airlines relied on AD75 tickets and fares to dump overvalued seats. Like most assets, empty seats are only worth what someone is willing to pay. On most days, it’s NOT full fare. In 1993, journalist Connie Chung raided first class cabins exposing doctors, lawyers, and other professionals flying up front as travel agents for less than most coach fares. How? They used airline enabled AD75 and AD90 tickets reserved for travel agents to fill what flyers wouldn’t overpay for. Most of these flyers bought minority stakes in travel agencies in exchange for cheap first-class fares. Airlines were willing and active participants, only moving away from the AD75/AD90 after the Connie Chung expose. Mileage programs and hidden city ticketing became the “GOTO” method for filling empty seats without disrupting retail fare structures.

Check out “The Producers” episode by visiting:
THE PRODUCERS
Not the original with Mostel & Wilder ( & not even the remake with Lane & Broderick) but still an...
Listen NowShareTweetShare

“Soul for Seoul”- The gateway to Hidden City Ticketing Fares

Airlines use of hidden city ticketing was on full display during the “Soul for Seoul” era, stemming from the Asian currency crisis. Using point beyond fares and hidden city tickets, New York -London Concorde tickets fell from $7,000 to just $875. Travelers were lining up to fly Concorde for less than coach, airlines knew it and it’s been happening full throttle ever since.

Check out “Soul for Seoul” episode by visiting:
SOUL FOR SEOUL WITHOUT VISITING SEOUL
Spun a different way, the question was  “What happens if the Seoul-New York segment is thrown in the trash?" We found...
Listen NowShareTweetShare

Traveler values have clearly shifted in the 21st Century. Fewer flyers are buying business and first-class at the initial asking price than ever before. Airlines use mileage programs to fill empty seats. Without hidden city ticketing and mileage programs, empty overvalued seats would expire worthless. Hidden city ticketing and fares are an airline designed trap, attempting to deceive flyers regarding the “true value” of empty seats. If airlines didn’t want flyers using hidden city tickets, they’d level the playing field and simplify their fare structures. So far, nothing’s changed. Hidden city ticketing has its place in the ecosystem of fares and pricing, and flyers are encouraged to use hidden city fares to their full potential when they offer the best value. Airfares are designed to deceive flyers. I-Reroute is inspired to bring transparency to the history of hidden city tickets and trick ticketing from one of its inventor and co creator.

The Truth about Fares

A fare is nothing more than an agreement between a carrier and passenger to provide transportation at a specified price. Fares are not absolute, and they’re certainly not law. The term “full fare” means the highest possible price a seat can sell for. The “full fare” is usually based on the maximum price paid by other travelers in the past. Like stocks, when new highs are reached it’s up to the next buyer to continue to bid up the price. When they don’t, prices can move lower. Sometimes, they move sharply lower.

There’s a common theme between most fare types, whether full, agency, supersaver, or hidden city enabled. Airlines are receiving cash for a decaying asset: the empty airline seat. The core issue in any hidden city ticket dispute is the amount of money received for that empty seat. Publicly, airlines claim hidden city fares cost them money. Just one problem. If the seat was REALLY worth more than amounts received via the hidden city ticket, the seat wouldn’t be empty!

Sometimes, the combination of high demand for published fares, excessive mileage redemptions and hidden city tickets creates oversold conditions (also known as overbooking).When airlines sell more tickets than seats, they first try playing nice seeking volunteers to give up their seats in exchange cash or future travel credits. As the world witnessed in the now infamous David Dao incident, overbooking is not victimless.

Go right to this episode now at:
THE TRUTH ABOUT FARES
Fares are not absolute & they're certainly NOT law. When the next flyer won't pay more than you, hidden city tickets...
Listen NowShareTweetShare

Remember that hidden city ticket lawsuit that grabbed headlines? To recap, Lufthansa sued a passenger for buying a Seattle-Frankfurt-Oslo ticket without flying to Norway. Instead, he “SKIPPED” his Frankfurt-Oslo segment and bought a different flight with Lufthansa to Berlin. He used hidden city ticketing. Despite the hype, this case is nothing more than an airline PR stunt. It’s NOT about ticket usage, but bullying and deterring other flyers from trying the same thing. The flyer could have done a better job setting the trip up, but Lufthansa still profited. Lufthansa knows they’re not collecting any money from the flyer, but the headlines are priceless. This case is all about CHEAP MEDIA! DON’T FALL FOR IT! If hidden city tickets were REALLY a problem, why have there been fewer than five notable legal actions since 2010? The lawsuits are a farce.

For decades, airlines have threatened flyers using hidden tickets with legal action but never back it up. I-REROUTE educates flyers how hidden city ticketing and point-beyond fares work, how to use them & how to brush off airline backlash. I-REROUTE cost saving strategies have worked for three decades & continue to work in the 21st century.

Would airlines mark down $1.2 million in fare difference claims created from hidden city ticketing if the claim was real? Does anyone just “walk away” from $1.2 million without putting up a fight? Nope, but that’s exactly what one Asian airline did. Why? Quite simply, hidden city ticketing doesn’t cost airlines money. Hidden city tickets and point beyond fares fill seats that may have otherwise flown empty. If empty seats were really worth $1.2million, they wouldn’t be empty. Airlines know it, courts know it and you can learn why with an Involuntary Reroute subscription.

Go Right to “The Call” episode at:
THE CALL
"You let you take advantage of the cheap Koream Won to get low fares, but now we had enough and YOU GONNA PAY!!!
Listen NowShareTweetShare

The list constantly changes, but Houston, Milwaukee and Orlando remain hotspots for hidden city tickets and fares. If hidden city ticketing and point beyond fares offers the best value, don’t be shy. Go for it! For three decades, airlines have relied on hidden city tickets to dispose of the leftovers as inspired by the inventor and creator. This trend shows no signs of changing anytime soon. Involuntary Reroute subscribers have the nitty gritty on how to fly comfortably for less. What About You? 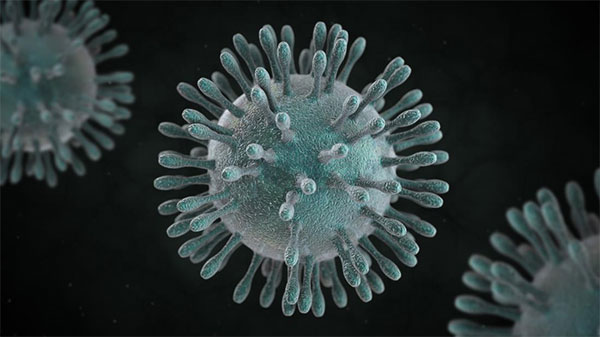 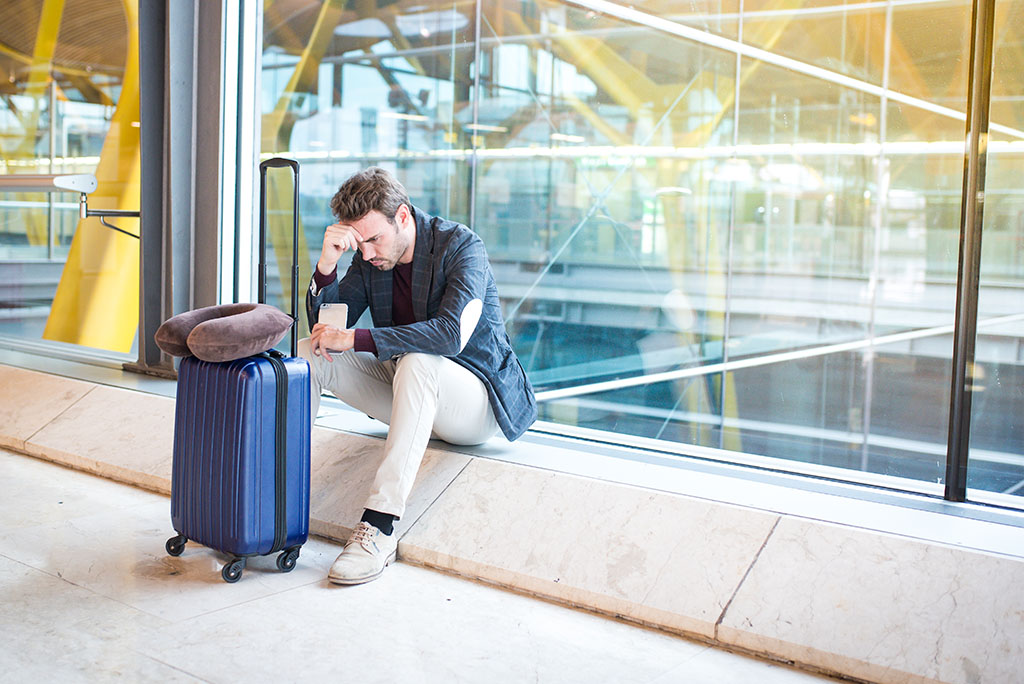 Recover Your Hard Earned Cash Even If the Airline Says No!

Have your travel plans been interrupted by the Coronavirus? If your flights have been cancelled or if you’ve just decided NOT to travel because of uncertainty, I-Reroute may be able to help you get the money you deserve even if the airline says no. Fare Rules? What Fare Rules? In times of crisis, fare rules DON’T matter. Despite what your airline or their silly rules may say, non-refundable airfares are only earned once travel occurs.

@flyPAL Hi please issue us a refund. This is a worldwide crisis and its just right to give us FULL REFUND. This covid-19 crisis is for the safety of the different nations both US and Philppines. This includes your crew, our families and the people that we interact indirectly.

Coronavirus has created unprecedented uncertainty, casting doubt as to if and when your trip will ever be rescheduled. Coronavirus is a “force majeure” scenario, giving you an “out” of your non-refundable ticket because of events that can’t be controlled. Airlines will try to hold your hard earned money as a non-refundable travel credit, hoping it decays, you forget about it and it expires worthless. DON’T LET THEM DO IT! You earned your money. Why should airlines be allowed to hold your money for doing nothing? Get the money back you rightfully deserve, and before they file bankruptcy (yes, that’s on the table) with a Coronavirus Refund Support Package today! With 30 years of experience, we know how airlines work. Charge you for a trip you’ll never take, receive bailout funds, and then file bankruptcy leaving their flyers and shareholders holding the bag. DON’T BE A VICTIM!